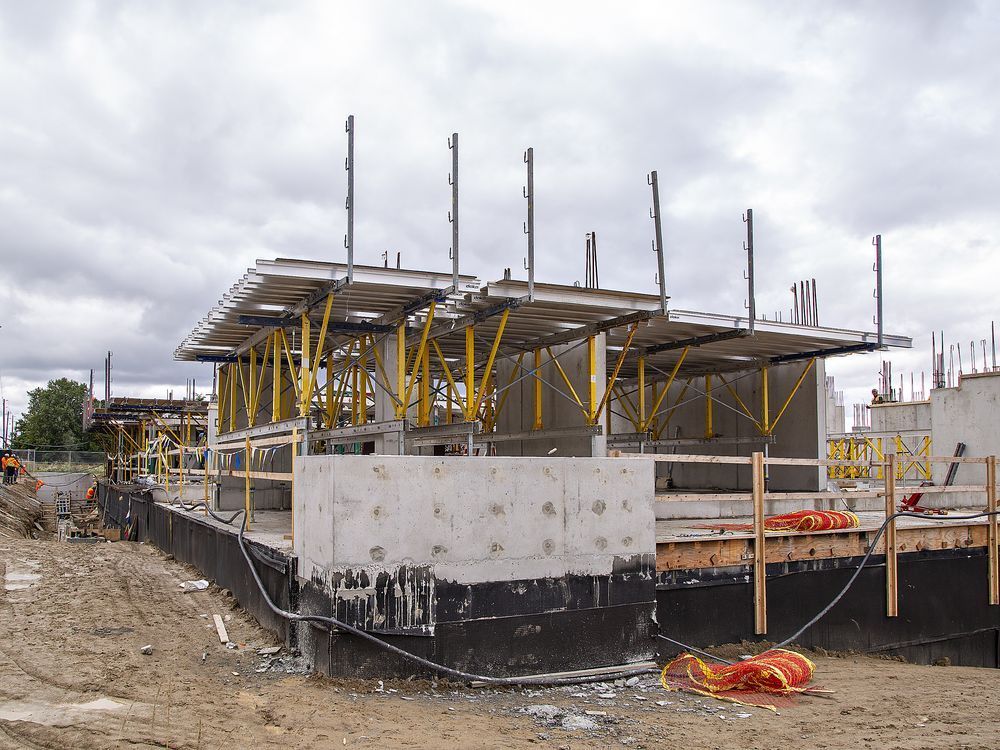 With months to spare, the city is set to break the record for building permits

By James G. WarfieldSeptember 29, 2022No Comments

With a third of the year to go, Brantford is on course to break its building permit record set in 2021.

“The number of permits issued is 29% higher than the same period last year,” building manager Andy McMahon said in an email to The Expositor.

“The construction value of total permits issued is 55% higher than the same period last year.”

McMahon said he expects the rest of 2022 to continue to be “extremely busy.”

The largest project approved in recent months is a $60 million, 10-story condominium project at 575 Conklin Rd. Work has begun on the building which will have 198 units. It is owned by The Ambrose Condos Inc.

Another major investment is a $23.5 million addition for Mitsui High-tec Inc. on Fen Ridge Court. A maker of engine cores for green vehicles, Mitsui opened a 104,000 square foot factory here in 2017. The company purchased additional property for expansion.

There’s also a $10 million retirement home under construction at 152 North Park St., the former site of a church. The 99-unit retirement home is owned by Woodwind Retirement Residence Inc.

Two numbered companies have each received approval for $4.7 million projects on Garden Avenue. One is for a new warehouse/showroom for Tees N More, a manufacturer of custom t-shirts and promotional products, and the other is a manufacturing facility.

A $3.3 million permit was issued to create a shell for a manufacturing business at 191 Garden Ave.

Habitat for Humanity was awarded a $4.4 million permit to service a site at 200 Brantwood Park Road, and a $2 million permit to begin construction of a 56 accommodations. The seven-block apartment project will feature 32 units set aside for Habitat’s affordable homeownership program.

From April to August, permits were issued for 836 new dwellings. In 2021, Brantford issued permits for 1,023 new homes, townhouses and apartments.

Losani Homes has led the way with numerous permits worth millions in construction value for new townhouse blocks and homes in the Blackburn Drive and Baskett Street area.

Several permits have also been issued for high-end single-family homes, including a $3.5 million construction on Westlake Boulevard and a $2.2 million home on Golfdale Road.

Other permits of interest include:

• Permits were approved for several school projects over the summer: radiators were replaced with fans and a new boiler was installed at James Hillier and Echo Place schools, while the boiler at W Ross Macdonald has been repaired.

• A $250,000 permit was granted in May for a COBS Bread take-out restaurant on Lynden Road.

• And modifications worth $250,000 have been approved for a new Loaded Pierogi restaurant on Fairview Drive.