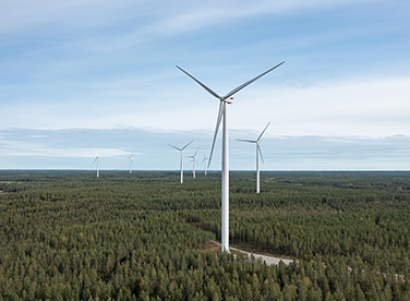 By James G. WarfieldFebruary 2, 2022No Comments

The wind farm covers an area of ​​approximately 2,300 hectares and is located five kilometers north of the town of Oulainen. A total of 25 wind turbines with a combined capacity of 170 megawatts will be installed. Construction will begin in 2023. The turbines will be delivered and assembled from 2024.

“The key to the success of the project is the positive attitude adopted by the city of Oulainen, other authorities and landowners,” says Seppo Tallgren, Managing Director of VSB Uusiutuva Energia Suomi Oy. key public officials and other stakeholders was very pleasant and smooth,” added Seppo Tallgren.

“As with all VSB projects, we have been actively engaged in extensive dialogue and will keep the public well informed of the construction progress at Karahka,” said Katja Tuukkanen, Projects Manager at VSB Uusiutuva Energia Suomi Oy.

Context of the Karahka project

VSB’s planning process for the Karahka wind farm began in 2016 when the company combined two wind energy projects and expanded the site to its current size. In 2017, the municipality of Oulainen adopted a zoning agreement for the territory.

A year later, the area was included in the regional land use plan of Northern Ostrobothnia and designated as a wind farm site. In 2019, work began on the local master plan and environmental impact study. It was the first time in Finland that these two tasks were carried out simultaneously. The entire planning process was completed last year and building permits became law in January 2022.