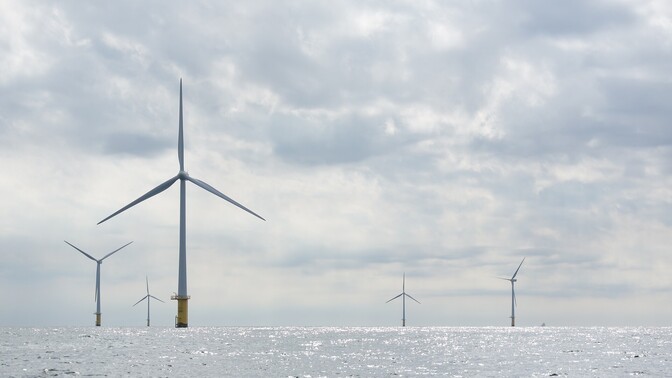 Märt Poots, developer of the project, the Neugrund wind farm, which would be located off the northwest coast, told ERR that the company was considering challenging the government’s decision in court. “We have no choice,” he said.

The government said the wind farm in its intended location would negatively impact the performance of air surveillance radars and be in direct conflict with national security interests.

Neugrund OÜ, however, says the decision amounts to unequal treatment, given that a wind farm in Paldiski has been granted permission, although its turbines also interfere with the operation of military radar, the company claims.

The Ministry of Defense replied that these wind farms had been planned and erected at a time when there was no obligation to coordinate with the Ministry, while at the same time the Ministry asserts that it cannot demand the dismantling of a wind farm in operation.

The government said the developer is also failing to meet planning requirements in that a successful applicant must be involved in power generation either themselves or belong to the same group as a company that does so. , which, according to the government, Neugrund OÜ does not do.

Poots said the planned offshore wind farm would have a capacity of 300 MW, which he said would provide around a quarter of Estonia’s consumption and help bring prices down.

Poots said: “It’s the only way to bring energy prices down quickly. We’ve done all the research, we’ve done a strategic environmental assessment. It’s been four years of work, we’ve put a lot of money into it. money,” adding that the permit process would take about a year, while construction would take another year.

The government decided last Thursday that a building permit would not be granted to Neugrund, on the grounds that the military radars would see their operability undermined by the development.

Poots had previously argued that since the project began in 2006 and the building permit application was filed in 2010, the state had been actively looking for reasons to say no to the wind farm.

The planned development would be located in the crater of Neugrund, near the island of Osmussaar, would comprise nearly 40 turbines 80 meters high, covering an area of ​​12 km2, the building permit requested having a duration of 50 years; moreover, the defense forces have training areas nearby.

This is not the first time that potential interference with military radars has led to the rejection of a permit to build a wind farm. The long-running Aidu wind farm case is an example.

The Ministry of Defense has also chosen two locations in Ida-Viru County that would house more advanced radars which are reported to allow better coexistence with wind power.

The latter is a booming field; the Paldiski wind farm is owned by state-owned Eesti Energia, following the 2018 takeover of the company that erected it.