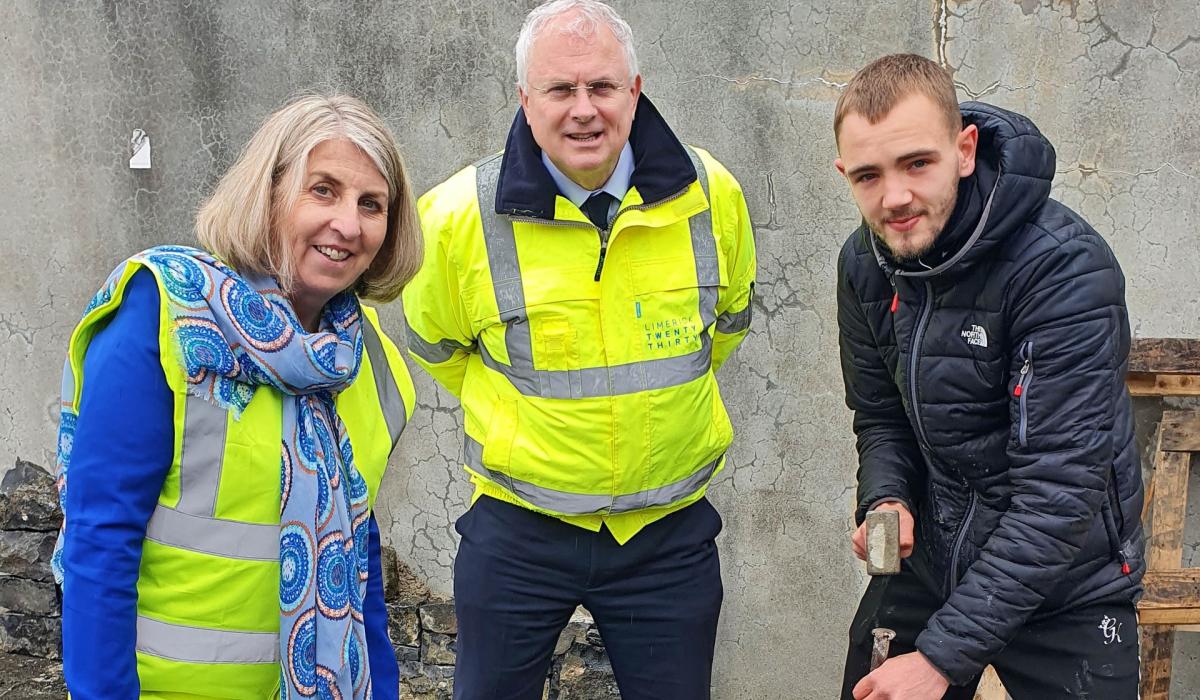 Thanks to a new program, more than 1,000 tonnes of stone and brick materials that would otherwise have gone to landfill have been recovered and put to good use.

The scheme is overseen by the Southern Region Waste Management Office and in conjunction with Opera Square Limerick developer Twenty Thirty and demolition and works contractor John Sisk & Son.

In addition to the conservation of 16 buildings deemed to be of historical significance on the Opera House site, the conservation also extends to the diversion of huge volumes of materials from the demolition program over the past 12 months to other projects. elsewhere in the city and county.

Among the projects to which the materials have since been diverted are the Foynes Flying Boat Museum, the Canal Harbor Building and repairs to bridges and old stone walls in the county.

Significant volumes have also been diverted to training programs for young stonemasons, which have been supported by the Economic and Social Intervention Fund through the Limerick City and County Limerick Regeneration Scheme.

It’s not just brick and stone getting a makeover, as other materials include palisade panels, which were sent to Richmond Rugby Club; the metal gate and stone pillars of the entrance to the Granary Building, currently owned by the Civic Trust and features such as the historic limestone doorway at 6 Rutland Street and cobblestones retained on site for future use.

Philippa King, coordinator of the Southern Region Waste Management Office, said the recycling and reuse program has the potential to be a model for large projects involving large-scale demolition.

Ms King said: “The outlets for construction and demolition waste are limited, so we had to explore alternatives to creating waste and did so from the start with Opera’s pre-demolition audit. .

“The focus was ultimately on diverting as much waste as possible and we weren’t just talking about reuse, but also reuse and repackaging.

“Our aim was to maximize resource recovery on site when demolishing buildings and I believe we have achieved this. A key objective for Limerick today is to adopt international best environmental practice on the built environment circular and what is happening at Opera is a great example of that.”