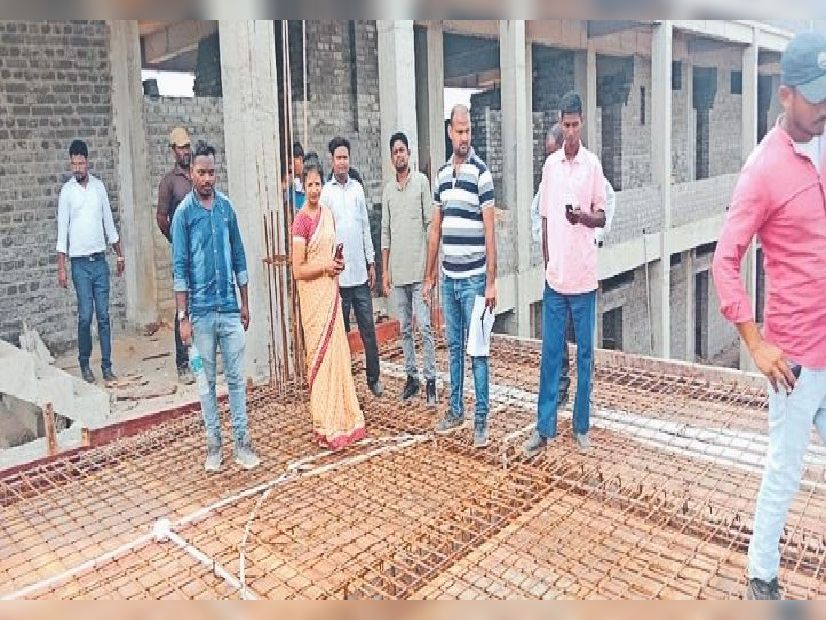 Zilla Parishad Chairman Lakshmi Suren on Sunday inspected the construction of Eklavya school building being constructed in Hessa Suraniya village under Tonto block. Alongside Raj Tubid, Zilla Parishad member of Tonto and president of Tonto Block Mukhiya Sangh Mangal Singh Kuntia and Dinesh Tumbliya were also present. He inspected the site and the construction. He also examined the construction materials present on the site. It was found that the quality of sand, brick and ballast used is not good. There is also no written sign of the wage rate at the workplace.

Laborers receive wages of Rs. Even workers without seatbelts work against safety standards. Along with this, the laboratory designed to test building materials was also examined. It has been found that the test work is not done in the laboratory. President of Zilla Parishad ordered to do quality work.

Said that disruptions in the construction of the school building would not be tolerated. Complaints will be lodged with the authorities concerned against the irregularities committed. Zilla Parishad member Raj Tubid said the district administration should investigate the irregularity. Poor quality work is done. The Deputy Commissioner will also be informed in this regard.