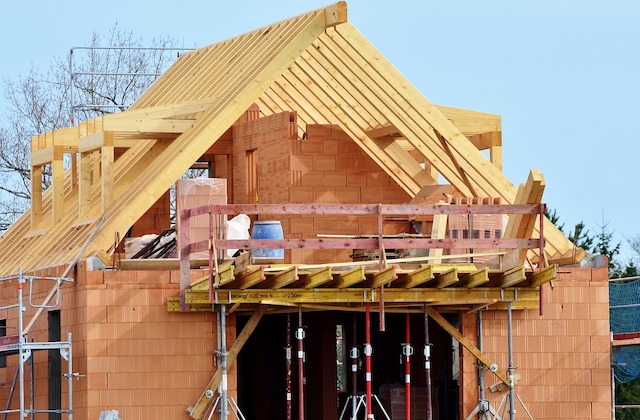 The fight to clear Dallas’ building permit backlog is far from over, but at least there’s progress

It took a village — and a new chief permit officer — to reduce the backlog of paperwork as Dallas builders try to get their permits processed. But the problem is far from over, officials said this week.

And along the way, builders brought to light another problem that has plagued Dallas for years: exclusionary zoning.

Nathaniel Barrett, founder and CEO of Barrett Urban Development, told CandysDirt.com that there have been small improvements to permissions over the past two months, but it’s too little, too late.

“It’s always a very slow and frustrating process,” Barrett said. “I recently had a tenant whose certificate of occupancy sat for several weeks without any feedback or notice. This frustrated them so much that they ended up giving up the lease.

Phil Crone, executive director of the Dallas Builders Association, said some builders have still been waiting for a permit for several months, though he usually hears about those who are in the worst case.

“From what I’ve seen, the staff has shown a deep commitment to diving into the backlog, while trying to make the process itself more efficient and improve the software,” Crone said. “I encouraged them to be even more proactive and find people who were stuck. I know there are dozens who may not know that they can contact the Dallas Builders Association, their city councilor, or city management for help.

“I will be satisfied once it is running effectively and efficiently with permit times that are at least competitive with surrounding cities and everyone enjoys the customers who depend on it,” he said.

How we got here

The building permit backlog is a long saga, but in a nutshell, here’s what happened.

Permits were backed up during the COVID-19 pandemic in 2020. The city was understaffed and rolled out new software prematurely. City manager TC Broadnax appeared to overlook the issue, which caused a major loss of business and money. Broadnax’s lack of attention to the permit crisis, among other issues at City Hall, put him in the hot seat for a minute when four council members demanded that his employment contract be listed on the agenda for an executive session. The item was then deleted.

Andrew Espinoza was named the city’s building superintendent on June 1 and promised to fix problems that have plagued the permit department for two years.

Now with two full months under her belt, Espinoza said lead times fell 55% in June and remained flat in July.

“We expect the downward trend to continue in the coming months,” he said.

An updated version of the electronic ProjectDox software was released on Monday, so it remains to be seen if this will speed up the process.

Builder Jeff Dworkin of JLD Custom Homes said city building officials are doing a good job and “are really good at communicating with the development community.”

“We’re still over 33 days for a single-family permit, so it’s still too long,” Dworkin said.

“The City Manager and all staff have taken action to address industry concerns. It’s really top-down thinking that things are looking up,” West said at a board meeting on Tuesday.

Espinoza said Development Services’ plans rely on third-party vendors they currently work with, in addition to other measures that will streamline the process.

City initiatives outlined at this week’s budget workshop include a plan to reform the building permit process and improve the customer experience through investments in a new centrally located facility with improved technology and an expanded staff. City administrators also want to revise development codes to be more modern, updated, user-friendly, streamlined, consistent, clear, and aligned with all city plans and policies.

Urban planning and design director Julia Ryan said development code needs to be simplified so that the timing of a zoning change is quicker and easier than it is now. Simple zoning changes can take up to eight months under the current process, Ryan said.

Thirty-nine additional positions have been added to speed up the clearance process, Espinoza said. An Affordable Housing Team has also been formed to prioritize and “guide” projects that meet affordable housing criteria.

Espinoza told CandysDirt.com that he’s happy with the department’s new direction, but is striving to be better, serve better, and deliver better.

“Our community deserves it,” he said. “Our goal is to be the best development services department in the country. We’re not there yet, but that’s where we’re headed.

The building manager acknowledged that he needed to continue leveling the department.

“We need to better understand our technology and leverage it to be more efficient,” he said. “We need to embrace new software resources that will lead to better communication, faster response times, and improved customer experience.”

The building community also has some ideas on how the department can improve. Developmental “champions” like Crone, Linda McMahon and Alan Hoffmann have been good partners during the transition, Espinoza explained.

Crone said he’s pleased the city has hired Espinoza and an assistant building official, a sign that administrators are taking industry concerns seriously.

“Mr. Espinoza and the entire management team are working towards the same goals we are,” Crone said. “None of us are happy with where we are yet, but they are doing a great job achieving necessary alignments of people, processes and policies. I am so glad the industry spoke with such a loud voice earlier to get these positions filled. »

Barrett said he took his frustration to the Dallas City Council.

“I feel like the city is basically trying to do the same things that we’ve always done, which hasn’t worked for two and a half years, so I don’t know why it would start to work now,” he said. “In my view, the city needs to rethink its approach to permits and create a limited review pathway for low-risk permits: permits with no change in use, occupancy, or exit — essentially most permits of renovation – should be self-certified by the architect or engineer. This would free up a lot of time for reviewing high-risk permits. Combine this with other reforms and we could immediately and significantly reduce approval times.

Crone reiterated that he would like to see competitive timelines and an improved culture.

“Throw a lifeline to those who are stuck and then start explaining why we got into this mess in the first place,” he said. “There’s a litany of processes that Dallas is making more complicated than anywhere else for no real reason. Beyond that, we have to work out our zoning issues. Having over 1,200 [planned developments] is absurd. The more we can simplify zoning and increase what can be built right, the better we can prevent this from happening again. More importantly, we can end the history of exclusion from zoning that is still being written in our city.