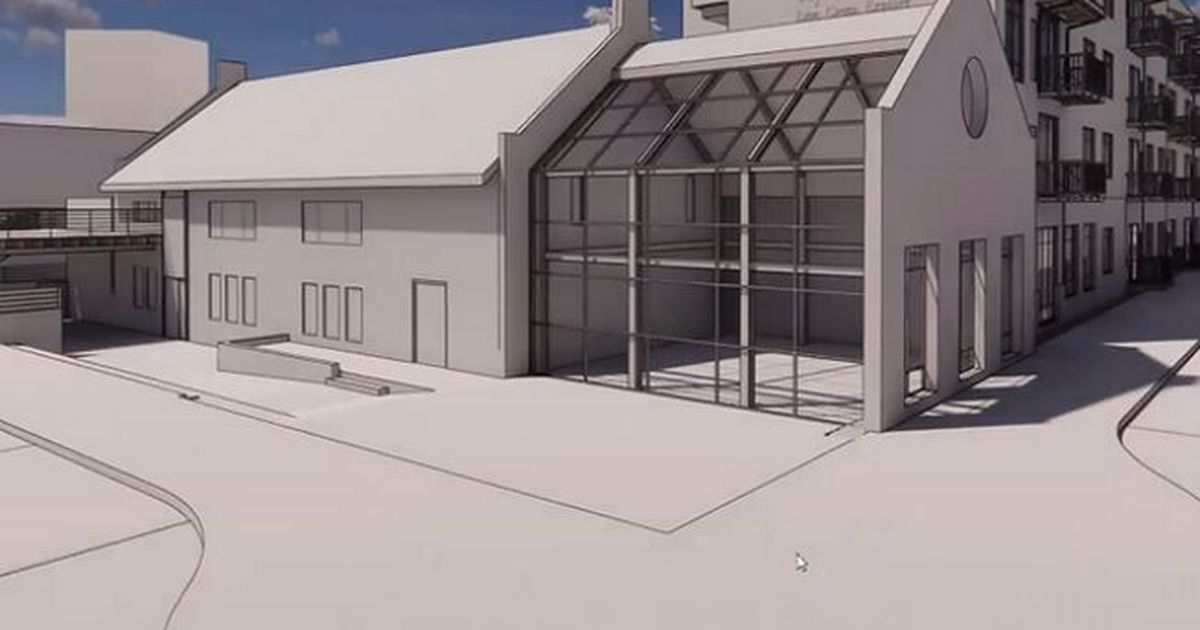 By James G. WarfieldOctober 9, 2022No Comments

Developers are moving forward with plans to build a four-story mixed-use residential building in the Garland District.

The first phase of the apartment complex will span over 50,000 square feet and contain 60 units, depending on demand.

The value of the permit is $7.2 million, depending on the application.

Spokane-based Baker Construction & Development is the contractor for the project. Bernardo|Wills Architects of Spokane is designing the project.

A pre-development application filed last year for the project outlined plans for 1,800 square feet of retail space on the ground floor of the building and a rooftop patio on the third floor.

The request also noted that the former Masonic Temple building at 706 W. Garland Ave. will remain as part of the development, which will run north along Wall Street to Walton Avenue.

The second phase of the project envisions more than 50 units with retail space that will “catalyze and energize this fantastic walkable neighborhood,” according to the Millennium Northwest website.

Millennium Northwest is a Spokane-based real estate development company that manages properties in California and Washington. It operates Millennium by Kendall Yards, Millennium Robinwood on the South Hill, Mosaic Sinto Apartments in North Central and Atlantic Aspens Apartments in North Spokane, according to the company’s website.

Millennium also recently opened Millennium on Monroe at 2002 N. Monroe St. The phased project, when complete, will contain more than 75 apartments and 30,000 square feet of retail space, according to the real estate company’s website.

After The Spokesman-Review reported last week that two buildings occupied by the Spokane School of Art could be torn down and replaced with a restaurant and retail space, it raised questions about whether the school would move to a new location.

Spokane Art School Board Chairman Tad Wisenor said in an email that the school was “healthy and just outgrown its current buildings.”

“We sold them so we had the financial ability to consider other locations and we had the freedom, thanks to the new owner, to take our time and do our research well,” Wisenor said. “We intend to secure a space that can accommodate us for the foreseeable future, and we look forward to making this move sometime next year.”

The building’s owner, James Orcutt, filed a pre-development request with the city to demolish the buildings at 809 and 811 W. Garland Ave. and replacing the structures with two 1,300 to 1,500 square foot buildings for retail and restaurant space.

Orcutt purchased the Spokane School of Art property for $240,000 in July, according to the Spokane County Assessor’s Office.

The School of Art is a non-profit organization founded in 1968 that provides art education and operates a gallery.

The Northeast Spokane Valley industrial area could gain another warehouse.

Spokane-based engineering firm AHBL Inc. has filed a pre-development application with the city on behalf of Panattoni Development Co. to build a 170,200 square foot warehouse on 10 acres of vacant land southeast of Barker Road and Wellesley Avenue.

The warehouse would include 36 docks and 155 parking spaces, according to the application, which did not name a potential tenant for the warehouse.

Spokane County Assessor’s Office records show that Avista Corp. owns the site where the warehouse would be built.

Seattle-based Nelson Architecture is designing the warehouse. No contractor was listed on the application.

Based in Irvine, California, Panattoni Development is an international real estate company specializing in industrial, office and custom development. It has 46 offices in the United States, Europe and Canada, according to the company’s website.

The financial services firm Raymond James is preparing a location in the university district.

Raymond James is renovating over 3,000 square feet of office space on the second floor of the Riverpoint One building at 501 N. Riverpoint Blvd., Suite 245.

The value of the permit is $1.5 million, depending on the application.

Bouten Construction Co., based in Spokane, is the contractor for the project. Vocon, of Cleveland, is designing the office remodel.

Raymond James has four offices in the Spokane area and two in Coeur d’Alene.