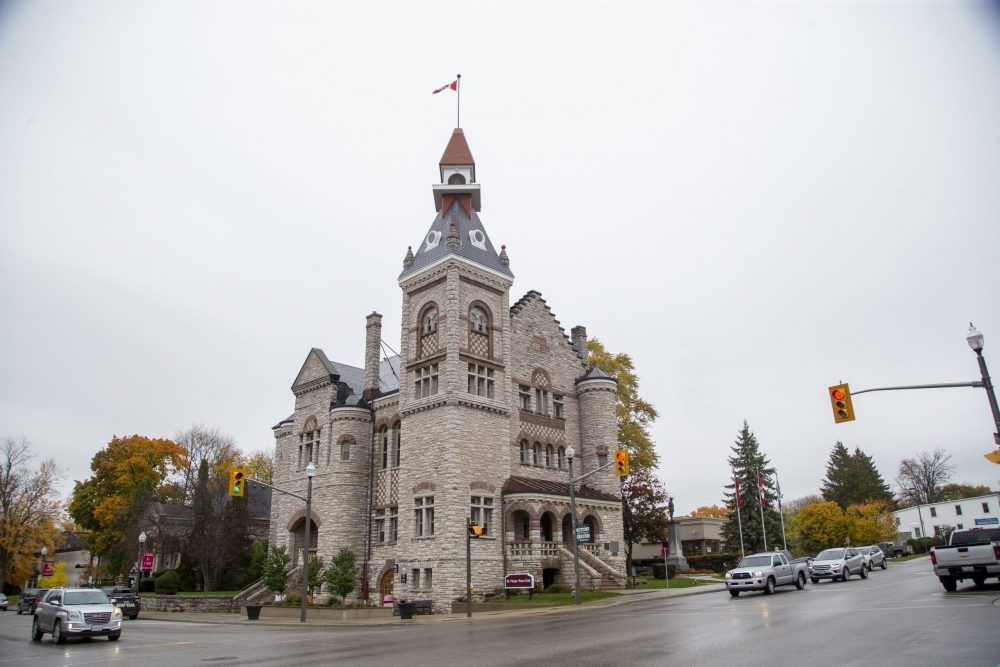 By James G. WarfieldOctober 19, 2022No Comments

St. Marys ratepayers — especially those outside of the housing market — will no longer subsidize the cost of building permit fees.

Councilors in the small community southwest of Stratford this month unanimously approved the town’s first building permit fee increases since 2006.

When they take effect Jan. 1, the higher fee will cover a gap in the annual cost of administering and enforcing Ontario’s building code that previously left ratepayers liable for about $225,000 a year.

That discrepancy was highlighted in a consultant’s report shared with councilors last month when construction and development manager Grant Brouwer first recommended the fee hikes.

“One thing we’re very strong on is that development pays for development at St. Marys,” Brouwer said at the time. “I think (the increases) are fair for the cost of service.”

A permit to build a 2,500 square foot detached house in St. Marys will cost $3,150 next year, or $950 more than it does now. It would be the third most expensive among nine neighboring communities compared in the consultant’s report.

Increases for other types of permits at St. Marys will be lower, while some will even decrease.

The permit to renovate a 1,000 square foot commercial space is currently $1,760, the most expensive in the region. This amount will be reduced to $700 under the new fee structure.

A St. Marys developer told the Beacon Herald last month that higher building permit fees would likely be passed on to new home buyers, a concern also raised by councilors in previous discussions. However, the higher fees are still competitive with other municipalities in the area, the council heard, and there hasn’t been much resistance from the local development community.

Similarly, St. Marys councilors also approved increases to some development application fees this month. The most significant increases recommended by city planner Mark Stone include a $500 increase for minor variance requests and a $160 increase for consent to sever requests.

An updated bylaw formalizing the rules food truck operators must follow at St. Marys will come into effect in January, councilors have decided.

The decree – in the oven at the town hall since 2016 – was unanimously adopted this month. It solidifies vehicle size limits, permitted locations, licensing requirements and other details that were only loosely in place before talks were derailed by the pandemic.

The new rules “are generally in line with industry standards and have been tailored to St. Marys community standards while ensuring that significant public health and safety issues are addressed,” wrote Brent Kittmer, the administrator in city ​​leader, in a recent report.

Two licenses will be available for downtown locations. Food trucks will also be permitted in parks and other city facilities if invited by the city or granted a license to operate there.

Food trucks will be permitted to operate in unlimited numbers on private property provided the property is zoned industrial, commercial, or institutional, or permits restaurants, banquet halls, or hotels.

The fee for an annual license will be $360 for vehicles that are motorized or equipped with cooking equipment and $180 for non-motorized vehicles that sell pre-packaged or frozen goods.

A day license covering all vehicles will cost $80.

Fees will be waived for vehicles operated by existing restaurateurs, participating in events hosted by non-profit groups, or operating at a private event on private property.

The regulations prohibit food trucks from operating within 10 meters of a restaurant without its consent, except during a public event); cannot obstruct a sidewalk or a boulevard; and may not operate in a residential area unless they have the owner’s approval and food is only served to residents or guests of the property.

The old “mobile canteen” by-law had not been updated since 1969.