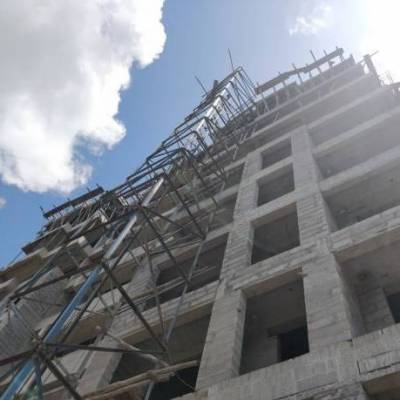 The Pimpri Chinchwad Municipal Corporation (PCMC) has tendered Rs 312 crore for the new administration building to be constructed on the seven-acre land of the Chinchwad Automotive Cluster. After the finalization of the offer, the administrative building will be built in nearly three years.

Additional Commissioner Vikas Dhakane said there was a need for the new building with the increase of new departments. He added that the civic body intends to establish an industry facilitation center but lacks sufficient space. After 35 years, a new building is a must as it will take 3-4 years to build. The new building will have 13 floors, including a spacious cabin for the mayor and other officials. It will have a five-storey car park that can accommodate 500 four-wheeled vehicles and 2,500 two-wheeled vehicles. In addition, the building will also have a 300-seat general assembly meeting room. The expected cost of the project is Rs 400 crore. The total amount of the new tender is over Rs 312 crore. In 2019, a Rs 246 crore tender was launched, which was canceled following opposition from the Nationalist Congress Party (NCP). The building plan was nine storeys, proposed at Gandhinagar, Pimpri. Now, the amount of the tender has increased by Rs 66 crore. Currently, the four-storey PCMC building is on the old Mumbai-Pune highway. According to one official, with the increase in departments, the civic body has struggled to manage everything under one roof, and most have been moved to other buildings. He added that the parking space is a big problem, while there is also a need to increase the staff of the civic building guards. With many works pending, there is not much space left to accommodate a large staff in the current administration building.
Source of images