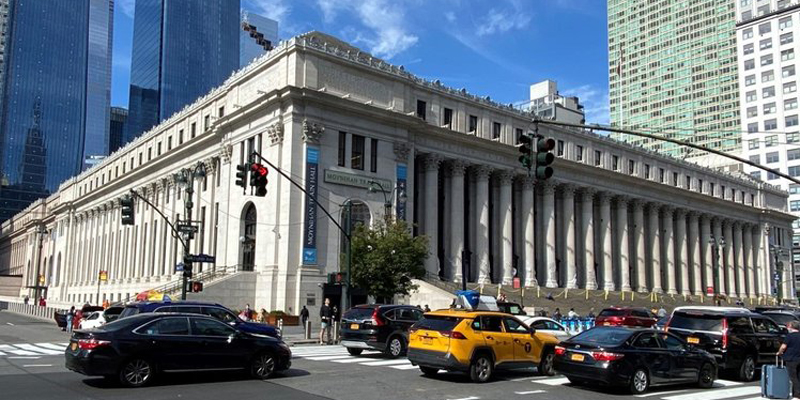 The James A. Farley Building, designed by McKim, Mead & White in 1913 for the United States Postal Service (USPS), was recently renovated and is now part of the area’s rail system, a home for the postal service, Amtrak, and future New York home for Facebook.

The most important architectural challenge of this project was to design a contemporary, efficient and technically sound space, essential to the current operations of the postal service while celebrating the historic character of the building.

This postal service project included a consolidation and reconfiguration of the postal occupation within the building. The new spaces include a new administrative office and conference space for the New York District USPS, the headquarters of the United States Postal Inspectors and Postal Police, a new lobby for postal workers, a mail hall for commercial callers and a new passport acceptance center.

The project also included an update to the 8e Avenue’s postal retail operation, USPS loading docks and platforms, and a brand new space for the Farley carrier operation. USPS occupancy is approximately 25,734 m2 (277,000 square feet) in the area and is spread over three floors in the building the length of an entire city block, starting at 8e to 9e Avenue, which measures approximately 244 m (800 ft).