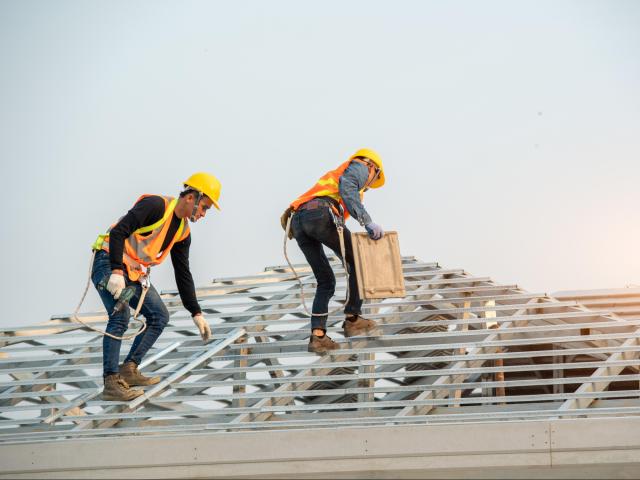 Commercial builders could bring in their own engineer or architect to sign building plans when government permit offices are backed up under legislation passed this week in the North Carolina General Assembly.

House Bill 291 aims to reduce backlogs at local code enforcement offices and give the construction industry more certainty about schedules and prices, especially in a volatile market, where delays can lead to increased material costs. The League of North Carolina Municipalities opposes the measure, but the bill appears to be gaining momentum.

The bill states that local permit offices must complete initial reviews of plans for commercial and multi-family buildings within 21 days of submission. If the Permit Office requests additional information or a resubmitted plan, it must act within 15 days of receiving those responses. If the local office cannot meet these hours, it may seek outside assistance from the state Department of Insurance or the private sector to help meet the 21-day requirement.

If the permit office misses this window, the planning permit applicant can approach the private sector and have the plans approved by an architect or engineer of their choice, provided they are qualified by the Code Officials Qualification Board of State. Once that person signs the plans, the local government must issue building permits within 72 hours, the bill says.

The NC League of Municipalities, which represents cities and towns across the state, told lawmakers on Tuesday that the bill could have unintended consequences, prompting local officials to turn down pending projects to restart the clock instead. to work with a developer to resolve issues. The bill could “disassemble” current permit office practices of running various approvals for a large project on concurrent tracks, making it sequential instead of time-saving, the League’s director of government affairs said. Erin Wynia.

State senators discussing the bill said they were open to other ideas to move the bills forward faster.

“We challenge you to be better,” said Sen. Paul Newton, R-Cabarrus. “It’s the only way we as lawmakers know to do it.”

The measure is different from last year’s stalled legislation that would have allowed builders to bring in their own inspectors. This bill is about reviewing plans, not building inspections.

House Bill 291 passed the House in May last year in a 79-33 bipartisan vote. He cleared the Senate Commerce Committee on Tuesday and has two more committee stops before reaching the Senate floor. If passed by the Senate, it will return to the House for further discussion, as the bill has been amended since it passed the House last year.