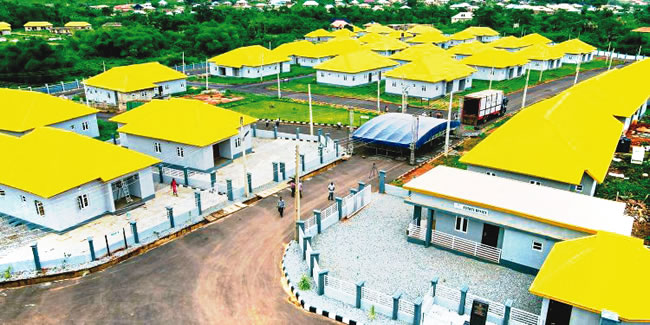 Through the rise in the cost of building materials, many real estate developers have embarked on an upward revision of the prices of housing in their stock.

According to the findings of the Nigerian Tribune, most developers have raised their house prices by 40-50% in the last year, citing exorbitant prices of building materials, high cost of funds and labor. ‘work ; and the high cost of obtaining planning permission and documents.

Interviewed by the Nigerian Tribune, the managing director of Tobykemsworth Investment Limited, Mr. Adekunle Monehin, the developer of Honeywells Gardens, said that the rising cost of building materials has forced most developers to reprice their homes at rising in order to stay afloat.

At the teachers’ and broadcasters’ villas, housing estates launched by the company, he revealed that a mini bungalow, which two years ago sold for 4.5 million naira, now costs 6.5 million naira. This represents an increase of 30.78%.

He blamed the situation on the rising cost of construction materials, saying, “We have a mini bungalow that sold for 6.5 million naira which was originally 4.5 million naira. While the price has increased because of the cost of building materials.

Monehin is not alone in this as other developers and housing professionals have sounded the alarm over the negative implications of skyrocketing building material prices on accommodation seekers and home builders.

Most cement pundits and distributors put the blame on the doorstep of the manufacturers, while the latter attributed the volatile currency, uncontrolled inflation, logistical problems and questionable activities of intermediaries and retailers as the main causes. .

Disturbed by the situation, professionals have warned that with the current rise in building material prices, it could be difficult for Nigeria to close the housing deficit of more than 17 million units in the next 20 years.

To deal with the situation, the industry experts comprising the former Presidents of the Nigerian Institute of Building (NIOB), Mr. Kunle Awobodu and Chucks Omeife, the President of the Association of Housing Companies of Nigeria (AHCN) respectively , Dr. Victor Onukwugha and former President of NIOB, Lagos Chapter, Mr. Asimiyu Bashir called on the government to create an enabling environment.