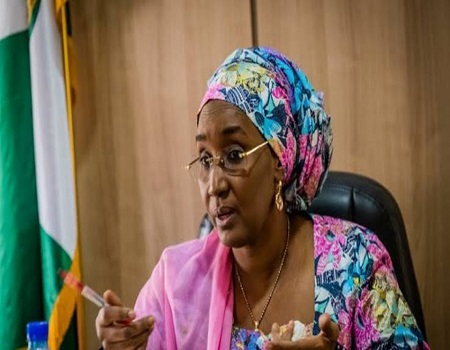 The federal government on Monday instructed housing regulatory agencies to ensure that building construction meets the highest standards to end the wave of building collapses across the country.

The Minister for Humanitarian Affairs, Disaster Management and Social Development, Sadiya Umar Farouq, who brought the accusation via a statement released in Abuja, sympathized with the Lagos State government and the families of the victims who lost their lives in a building that collapsed on Sunday evening on Ibadan Street, Ebute Metta, Lagos State.

Reports say the collapsed 3-story building had been marked for demolition after showing signs of distress, but the occupants remained in the structure.

Emergency response workers are continuing the search and rescue operation to rescue other tenants trapped in the building.

Umar Farouq denounced the wave of inevitable disasters in the country and called on the authorities concerned to work diligently to reduce risks and disasters.

“It is a sad celebration of Eid Ul Fitr with the collapse of a three storey building in Lagos. I sympathize with the government and people of Lagos State for this tragedy.

“My prayers go out to the families of those who lost their lives in this collapsed building and rescued those injured in the incident.

“As soon as news of the building collapse on Ibadan Street, Ebute Metta Lagos broke, the National Emergency Management Agency (NEMA) was activated to respond along with other first responders concerned with disaster risk . Unfortunately, many people were trapped in the building and many lives were lost.

“It is also important that those responsible for ensuring the construction of standard buildings in the country ensure that the highest standards are maintained to avoid these tragedies.”

Marburg virus: what you need to know about the disease recently detected in West Africa