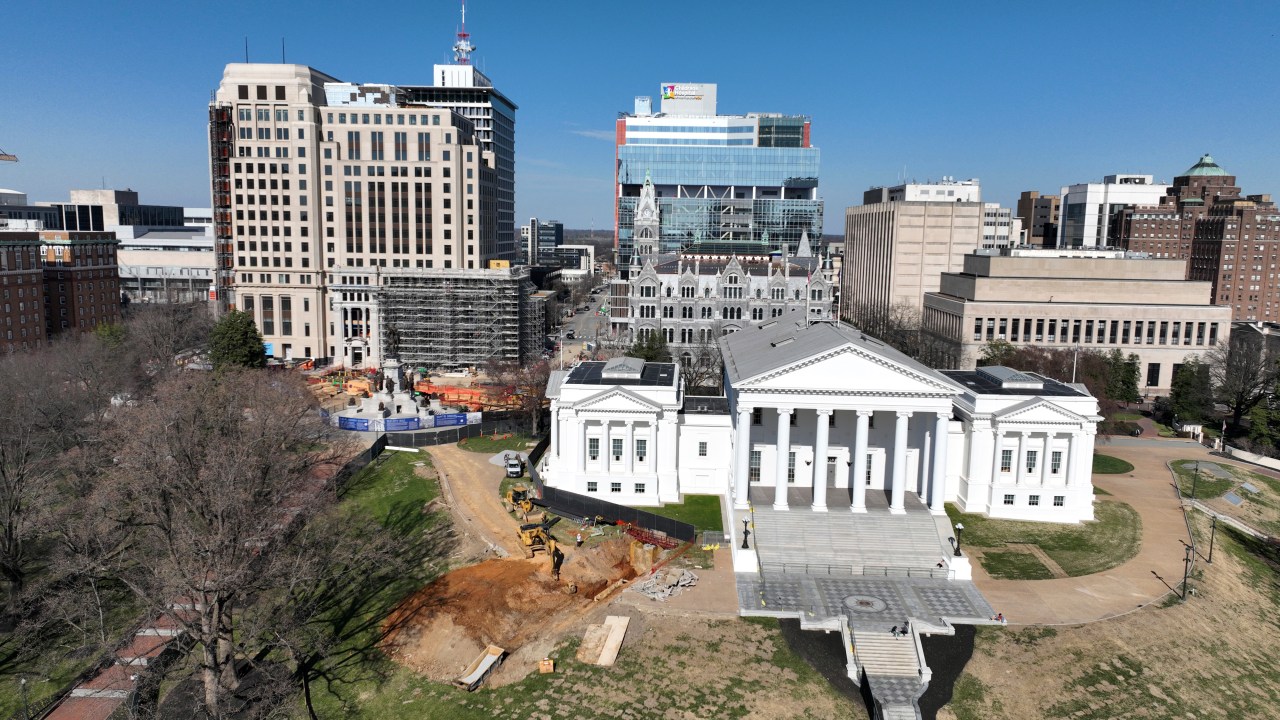 Construction of the State Capitol Building will close the Visitor Center

RICHMOND, Va. (WRIC) – Construction of the State Capitol building will impact access to public entry, beginning May 2 and continuing through at least early December, according to a announcement from the Department of General Services and the Clerks of the Virginia House of Delegates and Senate.

The entrance closure will be the result of two renovation projects. The first is a tunnel that will connect the Capitol building to the new General Assembly building. The second will be a renovation of the waterproofing of the Capitol Visitor Center.

While these projects are under construction, the visitor entrance on Bank Street, as well as the press room, Meriwether cafe and the visitor center itself will all be closed.

Visitors will instead use the west entrance to the Capitol—usually reserved for legislators, staff, and state employees—closest to 9th Street and Grace Street. Persons requiring accessible accommodations arriving by passenger vehicle may call 804-389-5338 for a deposit inside the Place du Capitole. Due to ongoing construction and limited turning ability, no other large passenger vehicles will be permitted to enter Capitol Square. Paid parking will be available nearby.

“We have tried to minimize any impact to visitors to the Capitol and Capitol Square,” said Dena Potter, director of communications for DGS. “Capitol Tours see many school groups and tour groups throughout the school year and throughout the year, especially in the summer.”

Part of 9th Street closed until October for work

The waterproofing work is the second phase of a larger project aimed at correcting the building’s water infiltration problems. The first phase – which was completed in 2021 – involved replacing the old skylight in the Place du Portico du Capitole with a new granite compass rose and a new light fixture inside the visitor center.

The second phase will involve the temporary removal of the steps from the historic south portico and many of the cobblestones from the plaza below to replace the roof and ceiling in these areas. The steps and pavers will be stored on site until they are returned. New lighting inside the visitor center will complement the large lighting system installed last year. The General Assembly authorized $4.1 million for waterproofing renovations in the 2021 budget.

The tunnel project, which began last year, will involve two construction sites; one at the Capitol Building above Cafe Meriwether and another at the new General Assembly Building. The two tunnels will eventually meet in the middle, completing the project. The project will cost $25 million.

While the new General Assembly building is expected to open in late 2022, the tunnel to the Capitol will not be completed until late 2023.

“These are complex projects that incorporate renovation, repair of existing infrastructure and new construction and require the coordination of various design and construction teams as we make improvements to the historic Virginia Capitol,” said Joe Damico, Director of DGS. “The closure of the Capitol Underground Extension is critical to keeping everyone safe as we complete these important projects.”