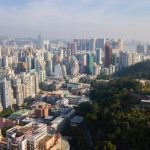 construction of buildings on Guia Hill will not impact the lighthouse

Alet The suspended building on the middle levels of Guia Hill to retain its current height and continue construction will not have a “fundamental impact” on the values ​​of the city’s cultural heritage building group, an official said yesterday.

The comment was made by Choi Kin Long, head of the cultural heritage department at the Bureau of Cultural Affairs (IC), as part of the plenary of the Cultural Heritage Committee.

Choi stressed that the decision was made in consensus with the UNESCO World Heritage Center and the China National Cultural Heritage Administration. He revealed that during the process of resolving the situation, the IC has been in contact with global and national agencies.

The building obtained its first building permit in 2006. According to its initial plan, it would be a mixed building for commercial and residential use.

Construction of the building was suspended due to the issuance of an executive decree in 2008. The decree classifies the area within a radius of 2.8 kilometers from the Guia Lighthouse into 11 zones, with respective clear heights.

Following this, the planned height of the building exceeding that authorized in the area, its construction was immediately stopped.

Since then, the public has prolonged discussions about the future of the building. Opinions ranged from approval, to resuming construction, to total demolition.

Between the two extremes, there was an option to rebuild the building. The IC decided against this option.

In its first approved plan, the building was to reach 126 meters above sea level.

Although it is the natural highest point of the Macau Peninsula, the top of Guia Hill, on the other hand, is only about 90 meters above sea level.

After years of debate, the manufacturer agreed to lower the height to 81 meters, although many still consider it too high. With the height reduction, the building will go from 36 floors to 19 floors.

The builder also agreed to eliminate unnecessary structures on the roof in order to further shorten the building. In the meantime, it has also been proposed that the curvy design of the facade should also be replaced with straight, “down-to-earth” lines to further simplify its visual impact.

It was also recommended to replace the peripheral structures – originally made of concrete – with transparent glass panels and silver aluminum panels in order to achieve a “refined design”, according to the IC official.

Choi said the new building should be much smaller than the original structure.

He added that the modified design will achieve “transparency and lightness”, meeting the requirements set by UNESCO. When actual application and drafts are received in the future, the IC and the Land and Urban Construction Bureau (DSSCU) “will rigorously follow the requirements set forth by the World Heritage Committee in the review process”.

With all these modifications, the building is unlikely to have much impact on the historic center of Macau, if allowed to resume construction, the IC official said, citing a UNESCO resolution.

During the plenary, it was not revealed if the use of the building will be modified following its reduction in the gross floor area.