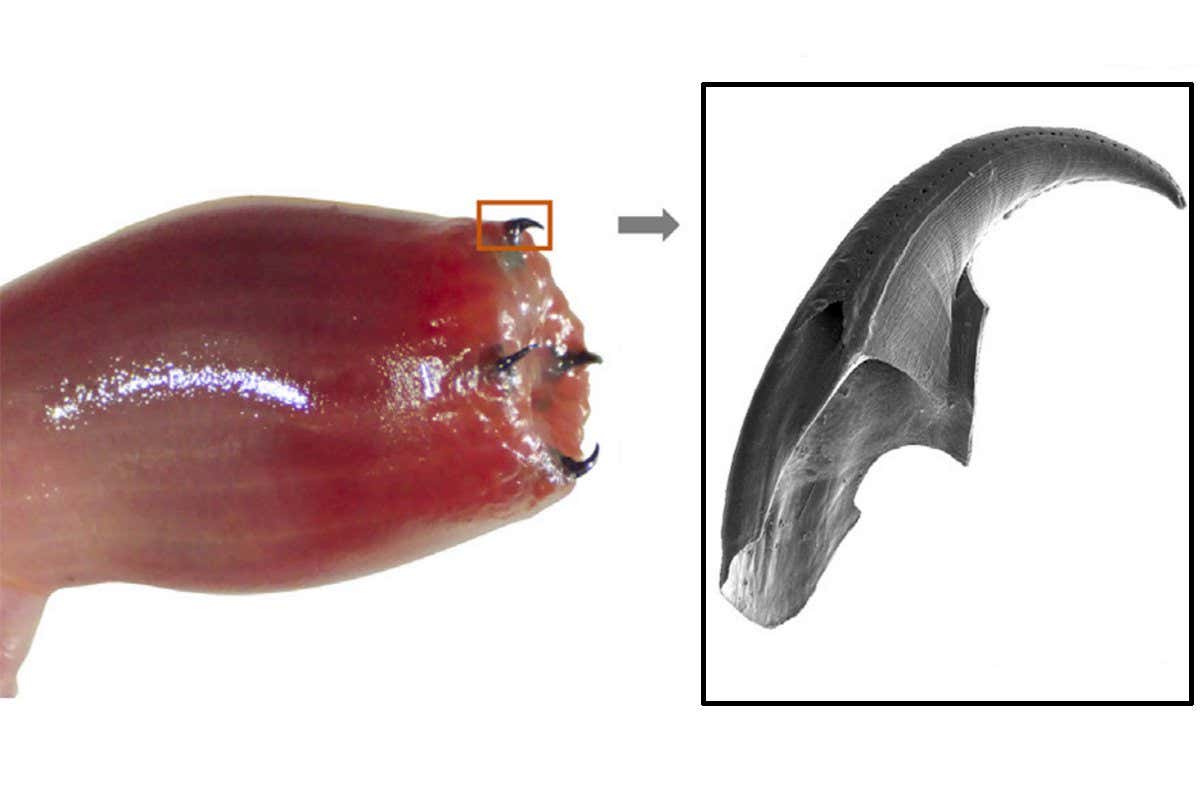 Bloodworms have copper jaws that could inspire self-build materials

Small sea creatures called bloodworms can burrow several feet into the mud on the ocean floor. They have venom-injecting jaws that contain an unusually high level of copper – and we now know that a simple protein is responsible for those impressive fangs, which could inspire new ways to build materials.

Herbert Waite at the University of California, Santa Barbara, and his colleagues studied the 2-millimetre-long jaws of this bloodworm (Glycera dibranchiata), which are made of 10% copper and last for the entire five-year life of the worm.

“You have a little worm that makes a jaw as hard and stiff as bronze, as well as ceramics – and they do it on their own,” he says.

To figure out how, the team used advanced molecular and mechanical analysis and modeling techniques to study the detailed composition and functions of the worms’ jaws.

The group discovered that it is governed by a protein that controls a multi-step process, which begins by binding copper from the environment, then mixing that copper in an aqueous solution, then separating it to produce a dense liquid that catalyzes the conversion of an available amino acid into melanin.

While melanin often serves as the pigment for color traits in other animals, it appears to make bloodworm jaws more resistant to wear and tear, Waite says.

“Together these form a composite like that of reinforced rubber-filled tires, or fiberglass, and they involve so much less machinery than industry [does],” he says.

The relatively simple structure of the protein is surprising because, in biochemistry, catalysts are usually based on much more complex proteins, and the protein does more than just catalyze. “It’s truly mind-boggling how a low-complexity system like this can perform so many different, fundamentally unrelated tasks to create a composite material,” Waite says.

The findings could spur engineers to improve the design and manufacture of composite materials, like concrete and rubber-filled tires, which could — in a sense — help build, he says.

Sign up for Wild Wild Life, a free monthly newsletter celebrating the diversity and science of Earth’s animals, plants, and other weird and wonderful inhabitants

Learn more about these topics: