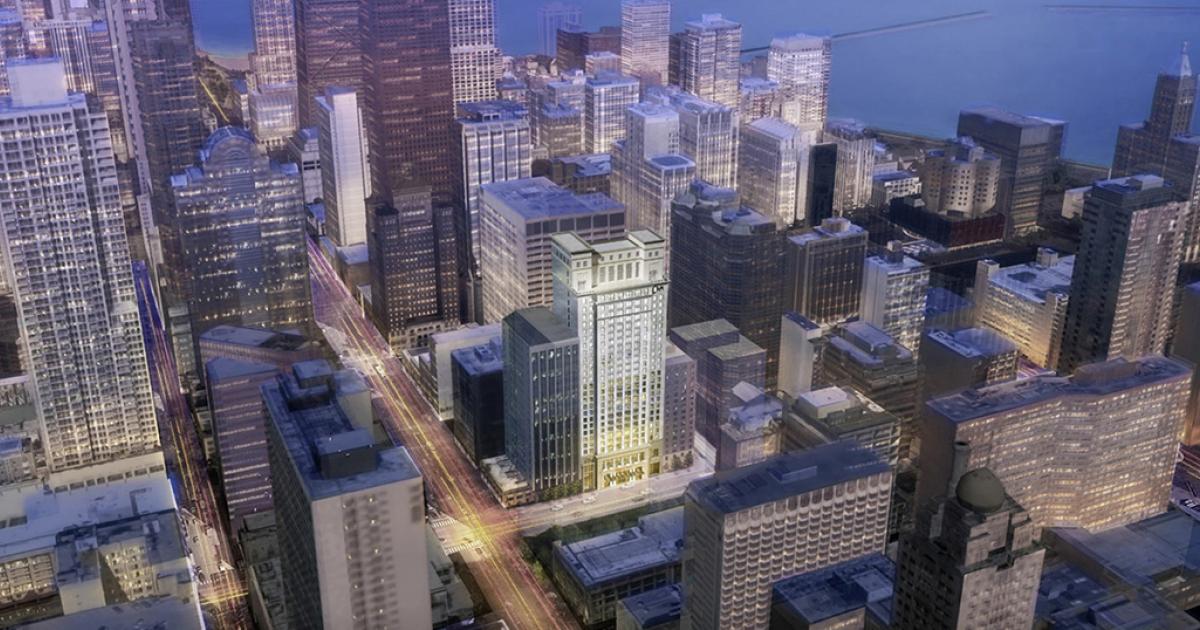 A full building permit has been issued for the RIU Plaza Hotel Chicago at 150 E. Ontario. Vacant for more than a decade, the project site is an infill site off N Michigan Avenue. Planned by The Prime Group, the mid-block location is bounded by two adjacent buildings spanning the block between N Michigan Avenue and N St. Clair Street.

Designed by Lucien LaGrange Studio, the new building will be a 28-story hotel tower for Spanish hotel chain RIU Hotels and Resorts. Rising 345 feet, the building will contain 388 hotel rooms with no parking space. The ground floor will contain the main hall with a small cafe included, while the second floor will host a dining room for the breakfast of guests connected to the hall by an ornamental staircase.

Built up to the property line against neighboring buildings, the front facade of the tower will be divided into three sections, with the middle section protruding slightly to distinguish the sections. The entrance facade will be finished with a large opening achieved by a complex structural transfer to create a high level of transparency along the sidewalk. 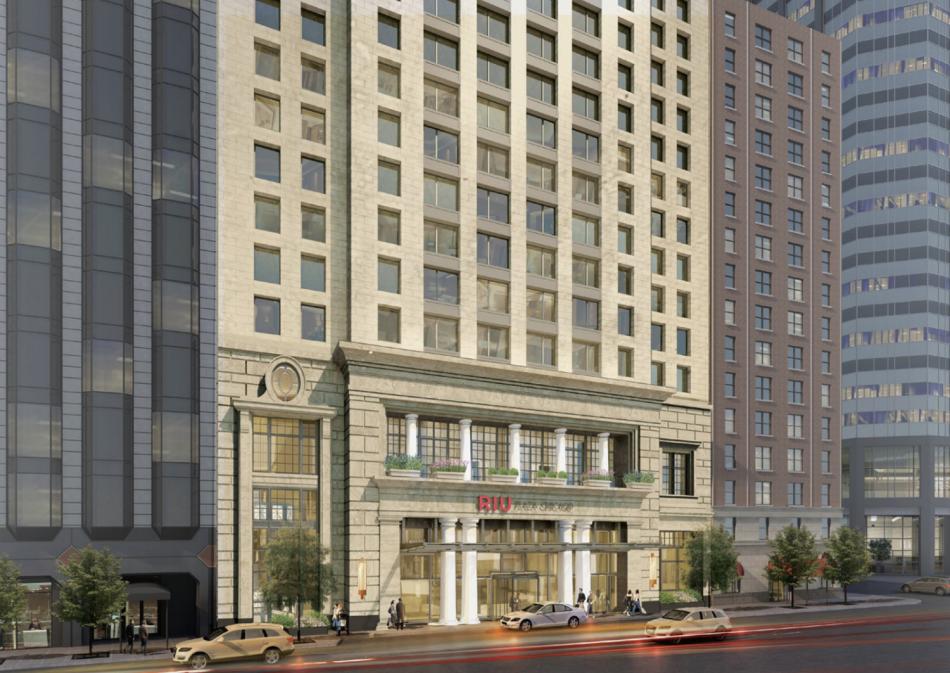 As part of the approval process, the developers paid $2.9 million to the Neighborhood Opportunity Fund and rezoned the site under planned development. The project was originally scheduled for a construction schedule of 22 to 23 months when it was due to start last summer. With foundation work already underway, the project is likely looking to open in late summer 2024. WE O’Neil is the project’s general contractor.